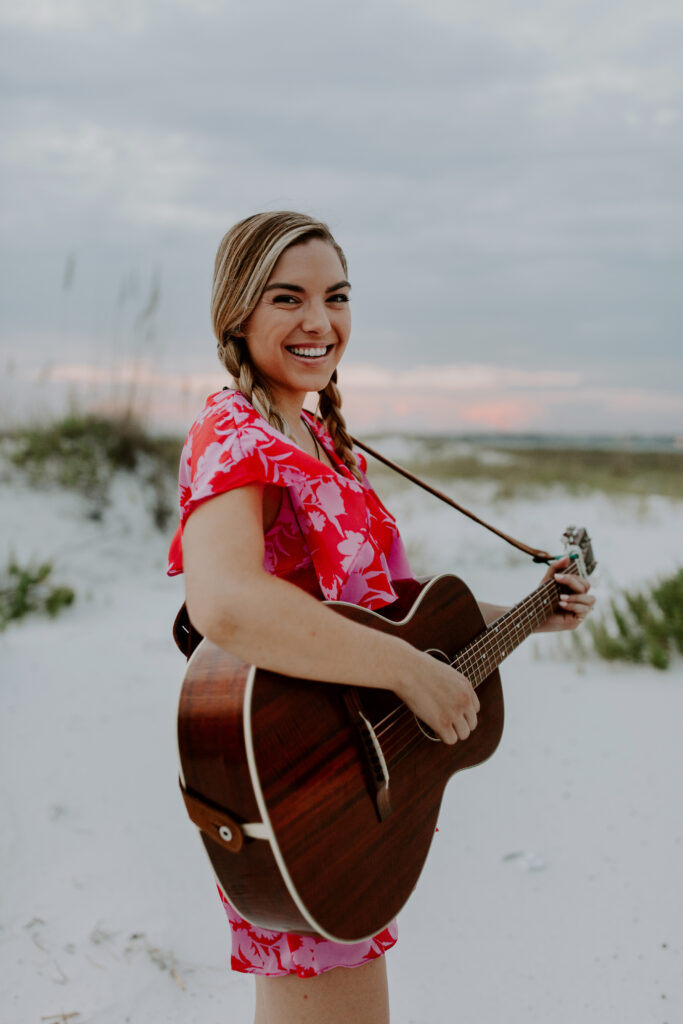 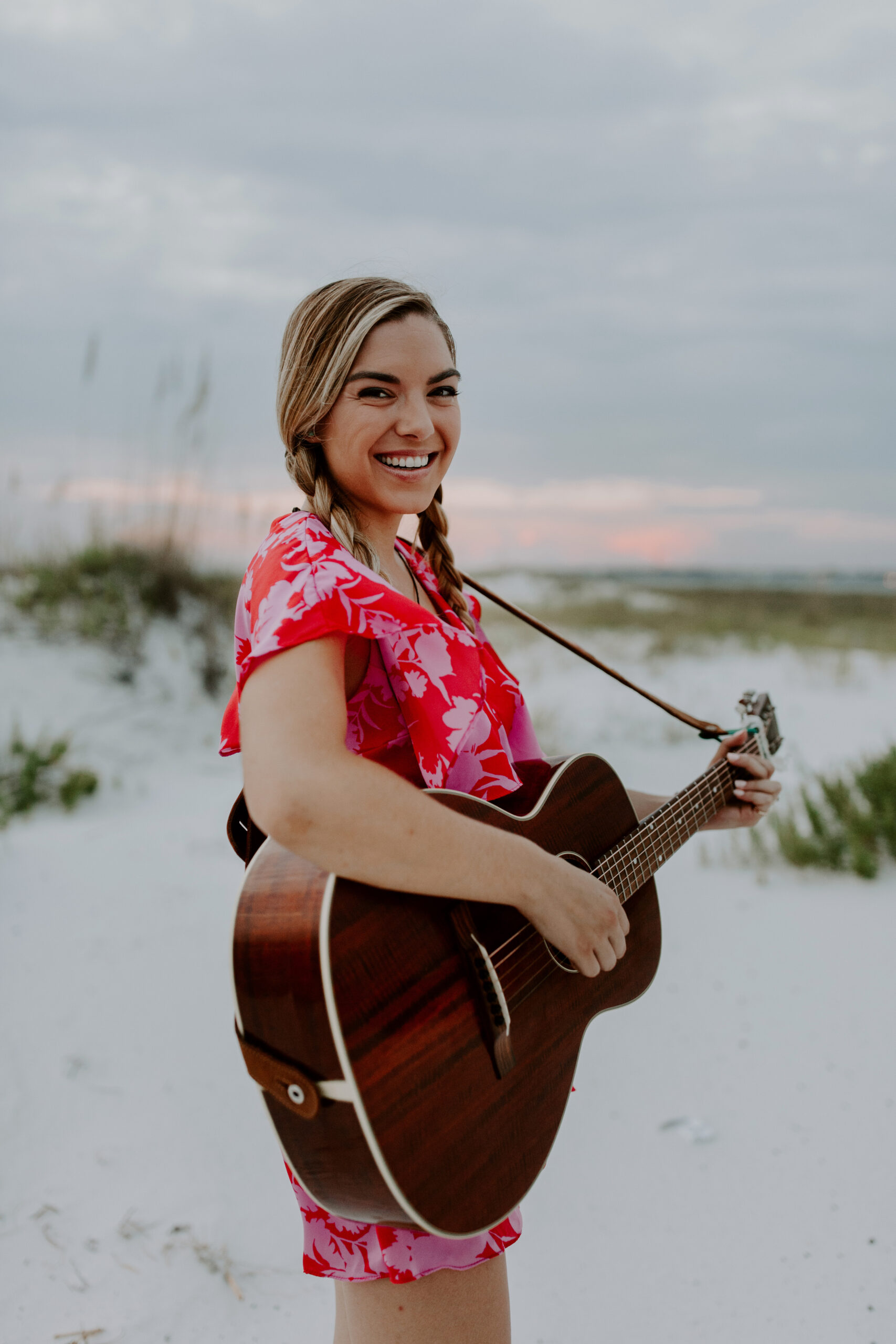 Local singer-songwriter, Jessie Ritter will officially release her newest single “The Sand And The Sea” on April 9, 2021. The uplifting, beach vibe track was written with Grammy-winning writers Robin Rudy and Leslie Ellis. In the past, Rudy and Ellis have worked with names like Celine Dion, Rod Stewart, Thomas Dolby, and Terry Clark. 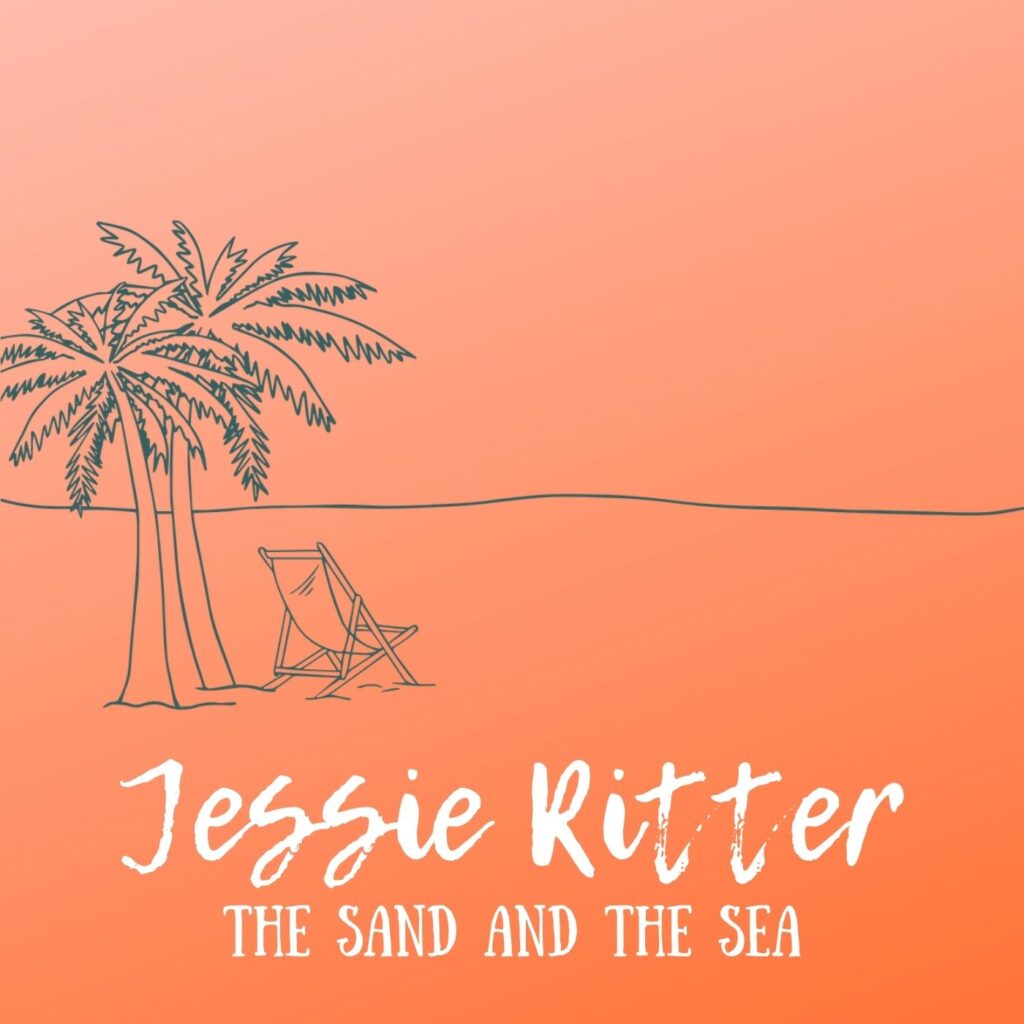 In honor of her new single, Ritter is also releasing special merchandise and a lyric video. The song will be available on all streaming platforms. The official single release celebration will be at The Village Door in The Village of Baytowne Wharf in Sandestin Florida on Friday, April 23, 2021. Music starts at 5:00 p.m.

Back in March 2020, Ritter sat down with Rudy and Ellis for her last in-person writing session before the COVID 19 quarantine began. When asked about the feelings in the writing room, Ritter said “I think the word “pandemic” had appeared in the news for the first time that day, and we were really scared. We didn’t want to write a sad song or a song about what might happen, we were looking for hope while on the brink of fear.”

Rather than dwell on the unknown, the team came together to write a song about the healing power of the sunshine and water. Ritter found inspiration from her home on the Emerald Coast and the carefree spirit that the area inspires. While working on her new single and navigating a music career during a pandemic, Ritter’s music video for her song “Home” was featured on CMT and most recently broke into The Country Network’s Top 20 Countdown.

In addition, Ritter has also been preparing to welcome a new life into the world. On release day, Ritter will be eight months pregnant with her first child. No worries though, you’ll still see this new mom performing along the Emerald Coast this spring and summer, baby boy in tow! An inspiration for mothers pursuing their passions, she will continue releasing new music while also enjoying the adventure of motherhood.

The April 23 performance will be free to the public. To purchase the upcoming single and beachy merchandise, head to www.jessieritter.com.

Based in Nashville, Tennessee and Northwest Florida, singer/songwriter Jessie Ritter plays a heartfelt brand of country-pop with a breezy, romantic feel and plenty of charm. Ritter released her debut album, Coffee Every Morning in 2018. Later that year, she entered the Nash Next Competition, rising from a regional Florida Panhandle win, to eventually take the national prize. The victory earned her a record deal with Big Machine (home to heavy-hitters like Taylor Swift and Florida Georgia Line). She made her label debut in May 2019 with the single “Nothing But You.” She has previously joined the bill with chart-toppers Easton Corbin, Hunter Hayes, Eli Young Band, and Runaway June. While working on her new single and navigating a music career during a pandemic, Ritter’s music video for her song “Home” was featured on CMT and most recently broke into The Country Network’s Top 20 Countdown. A native of Cape Girardeau, Missouri, Ritter continues to tour heavily through the Midwest and Gulf Coast regions. Her uplifting single “The Sand and The Sea” will be released in April 2021.

The post Local country musician teams with Grammy-winning songwriters to release “The Sand And The Sea” appeared first on 30A.TV.