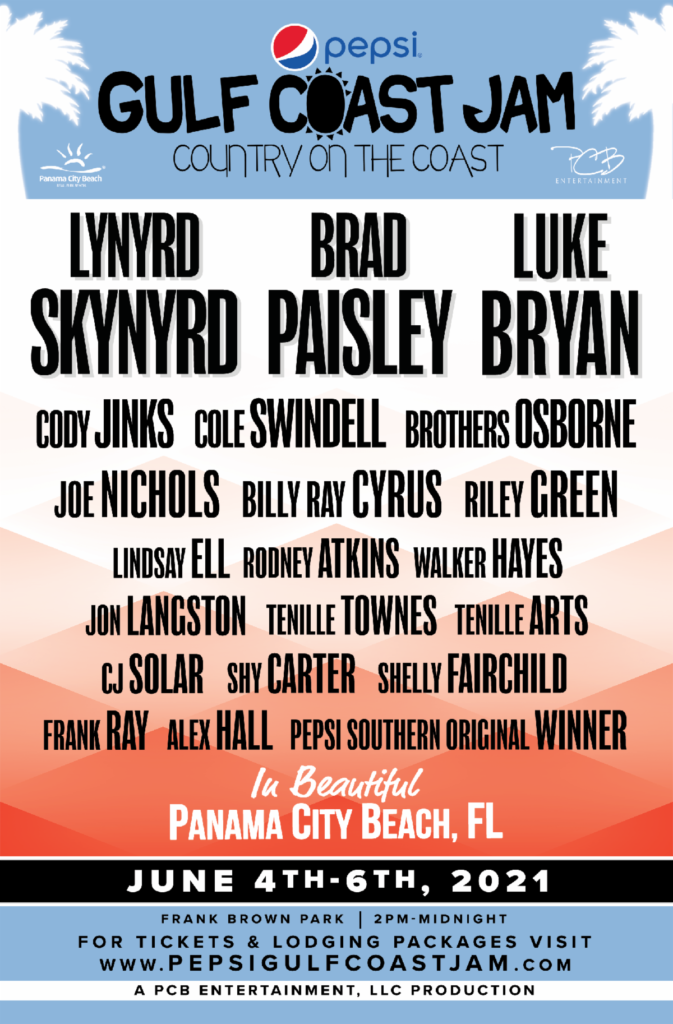 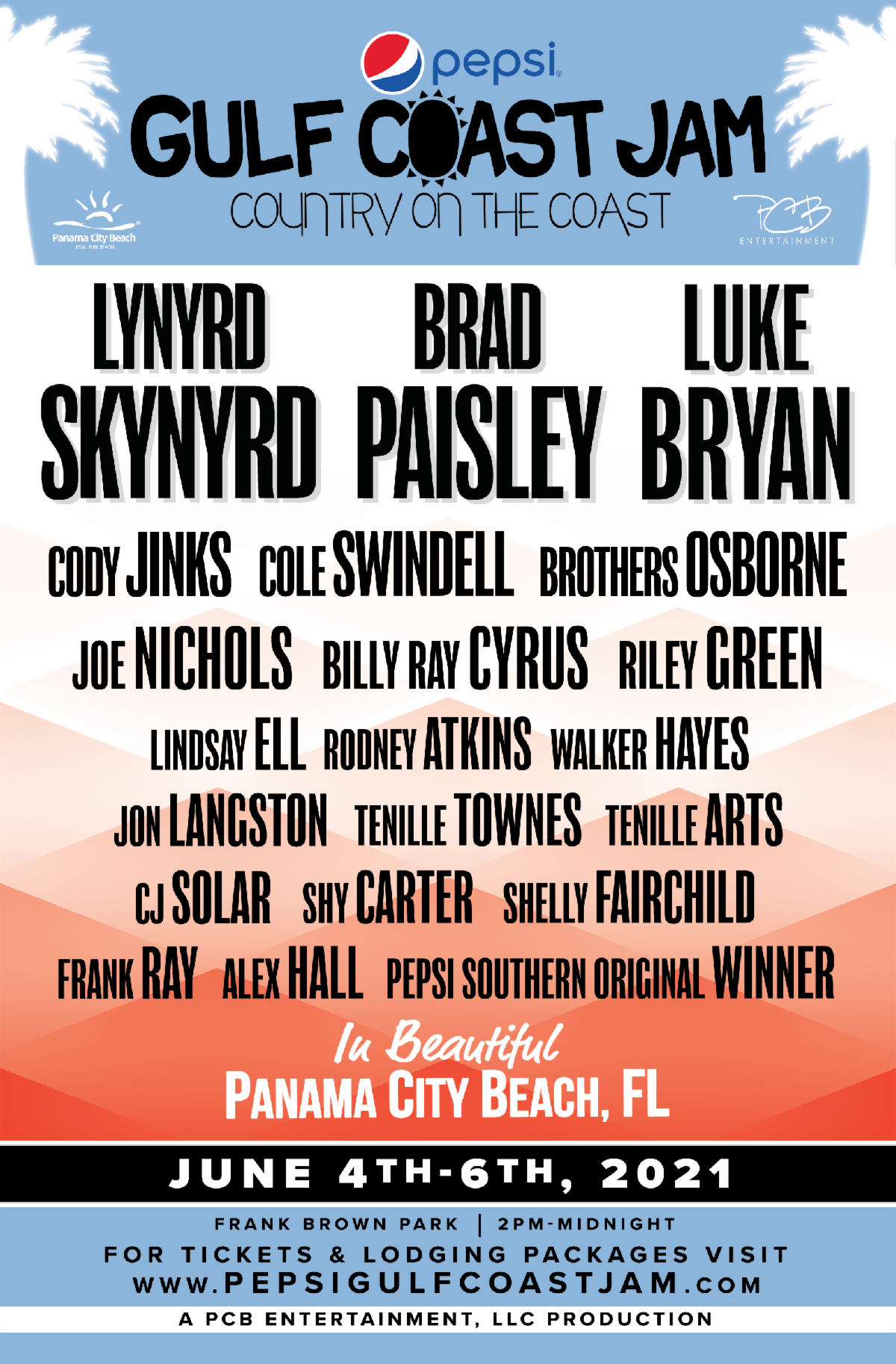 #panamacitybeach #countrymusic #pepsi #visitpanamacitybeach #countryonthecoast #gulfcoastjam The rescheduled 2020 Pepsi Gulf Coast Jam is 100% on for June 4-6, 2021 at Frank Brown Park in beautiful Panama City Beach, Florida, giving it the distinction of being the first large-scale music festival to play in the U.S. since March of 2020. Organizers announced today Tenille Arts, who recently celebrated her first #1 single with “Somebody Like That,” and renowned DJ/remixer/producer Dee Jay Silver have been added to the lineup.

“We’ve kept an eye on Tenille’s career for quite some time, and we’re thrilled our Jammers are going to get to see her at Pepsi Gulf Coast Jam,” said Rendy Lovelady, Executive Producer of the Festival. “We know we’re going to have a lot of eyes on us from every aspect of the touring world, and we’re excited to be first up to bat.”

Tickets for the three-day Festival range from $169 for General Admission to $1150 Side Stage. Military and First Responder/Medical Personnel passes are $139 for three days. VIP Pit tickets are $489, Super VIP (formerly Golden Circle) are $699. Early entry passes are available for $75.00. The popular and very limited three-day General Parking passes are $50.00. Skyboxes and Platinum Parking are sold out.

Shuttles offer transportation to the festival grounds from convenient locations throughout Panama City Beach. The Shuttle Passes are $50.00 and are complimentary for Preferred Lodging, VIP Pit, Super VIP, Side Stage and Skybox ticket holders.

Numerous safety precautions have been implemented for the Pepsi Gulf Coast Jam including the use of RFID wristbands for all on-site purchases. No vendors will be accepting cash at the festival. When wristbands are registered, patrons will be asked to add a credit/debit card to the band and select a security pin for all payments. Credit/debit cards will also be accepted on site. The Festival will also be offering contactless pickup for merchandise, ticket upgrades and various other purchases.

Be the first to comment on "June Pepsi Gulf Coast Jam First Large-Scale Music Festival To Play In The U.S. Since March 2020"