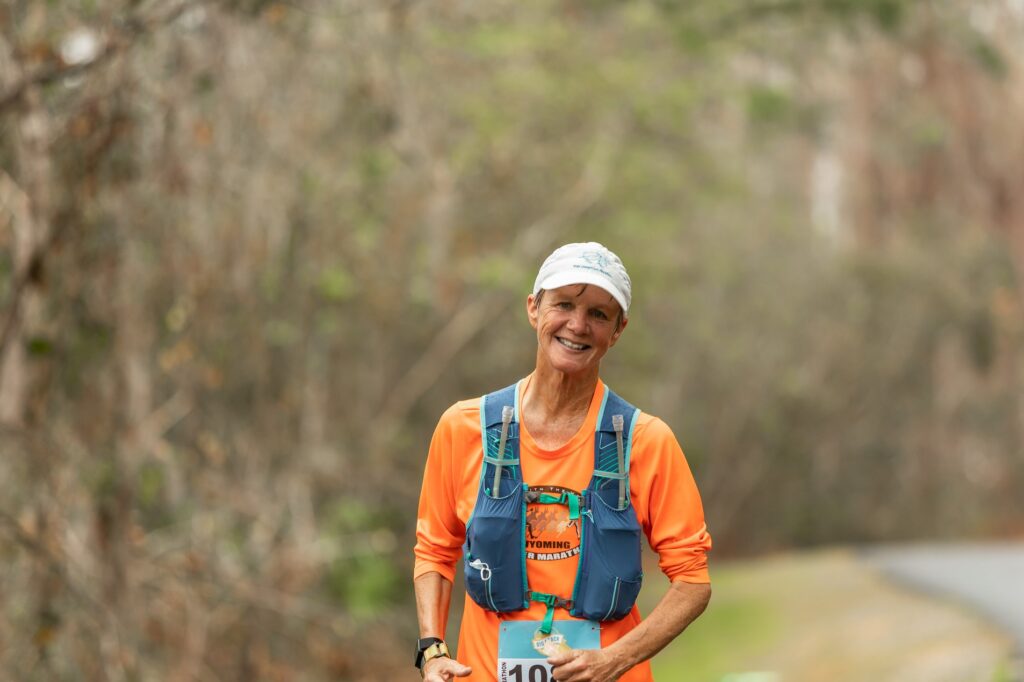 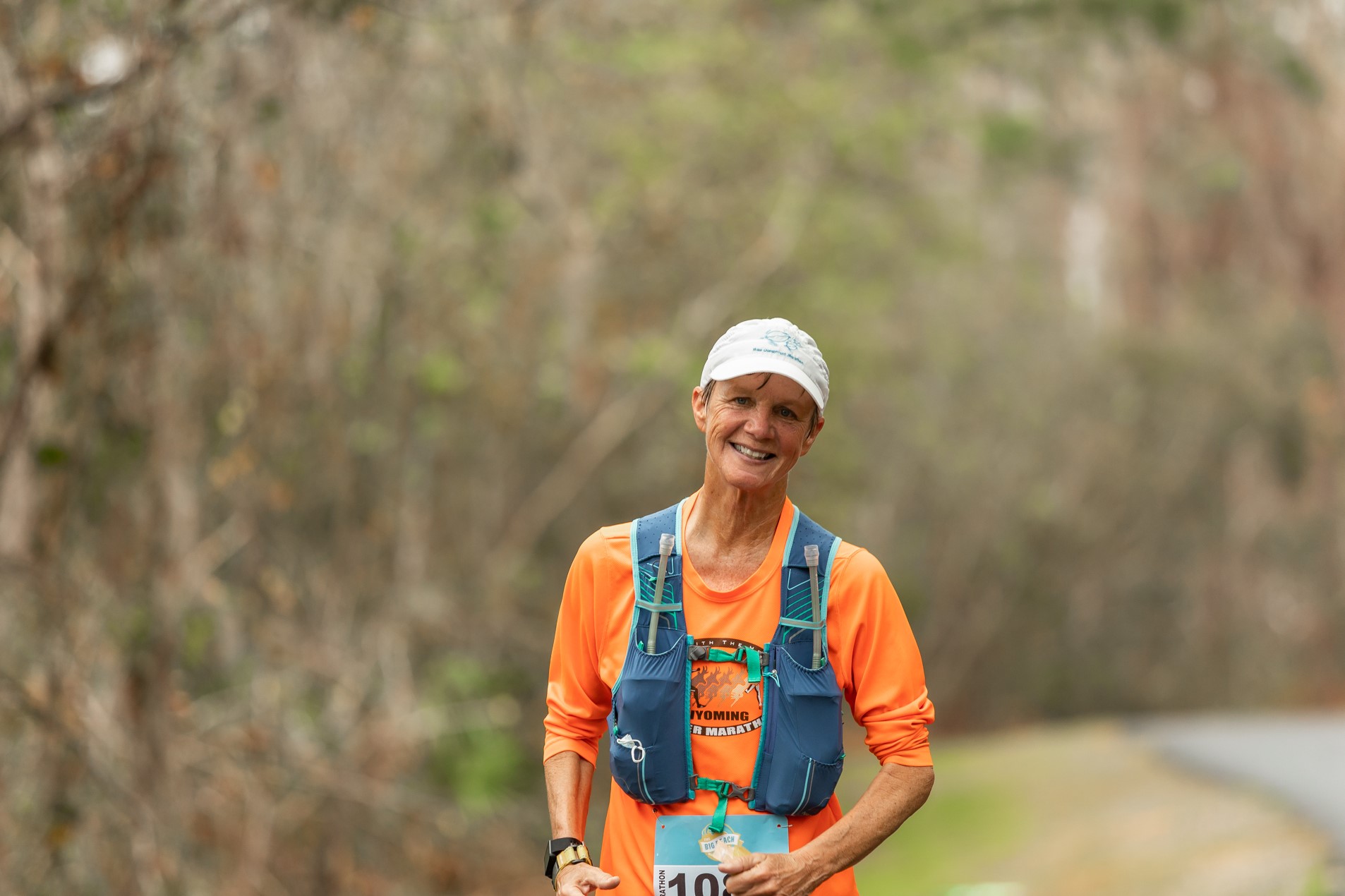 Running one marathon is a feat in itself. Running one in every state is phenomenal. Carolann Dunbar; member of Santa Rosa Golf & Beach Club, recently completed her 52nd marathon this May, running a total of 1,362 miles in 50 states.

Dunbar and her family purchased their first home in the 30A area in 2003 and became members of Santa Rosa Golf & Beach Club in 2005, eventually building a house on the number four green in 2016. Since then Dunbar became known as a local running icon along 30A.

Dunbar began her passion for running in 1977 at 20 years old, “Back then, men’s shoes were the only choice for running any distance,” said Dunbar. It all started with just five miles a day for her until 1997, when she ran her first marathon in Birmingham, Alabama with the encouragement of friends, family and coworkers. Since then, she set off on her journey to compete in marathons.

In preparation for each marathon, Dunbar has a rigorous training schedule. “My schedule isn’t exactly normal but it has gotten me through 52 marathons,” said Dunbar. “I run five miles a day Tuesday through Friday. Saturday is my long run. I run between 10 and 18 miles based on my schedule. Sunday is a four-mile day, an easy day to get the acid out of your muscles. Monday is a day of rest.”

In 1998, Dunbar ran her first of fifty state marathons in San Diego, California. After completing the marathon in San Diego, she started to train for the Blue Angel Marathon in Florida. As of this May, Dunbar traveled to Spokane, Washington – making it her 52nd marathon. This last marathon completes her statewide marathon journey. Very few people have achieved this feat, and Dunbar is one of them.

“After running my first few marathons, all in different states, the idea of running all the states seemed like something fun to try. We all have different ideas of fun,” said Dunbar.

When Dunbar isn’t running marathons, you can find her enjoying time at Santa Rosa Golf & Beach Club with her husband Tom.

About Santa Rosa Golf & Beach Club Santa Rosa Golf & Beach Club is the only member-owned golf course and private beach club on the coast – located on scenic Highway 30A in Santa Rosa Beach, Florida. Hugging the sugar-white sandy beaches of South Walton, the club spans across more than 85 acres providing members and their guests access to golf, dining, and more. The club boasts an 18 hole, par 72 championship golf course, a beautiful beach club with private pool and beach access, plus dining – including the club’s signature restaurant located directly on the Gulf of Mexico, Vue on 30a. Learn more at www.santarosaclub.com.