“I would love to see a room full of “Elvis’s, even the ladies, what a great photo that would be, but any rock legend is the costume theme. Here we are again with another anniversary !” said Redd. “Going into our 9th summer season is just great.. I am particularly proud to have people plan their vacations around a reservation at Redd’s, it’s pretty amazing. Some of the visiting families’ kids are now grown, and make a point of coming here, it’s extraordinary.”

Dueling Piano’s Wednesdays and house band, Tom Petty Tribute + more – John Galt Dance Band Fridays- are a recent addition, which started a trend in other locations thanks to Redd’s welcoming attitude “So many bands and entertainers have started at Redd’s only to go on to bigger venues, such a huge compliment, says Redd.” Located behind the gas station called Sally’s by the Sea Store in Blue Mountain Beach FL, the unique concept of a singing bartender has been the surprise of the beach, but is also a great live music venue. And the show doesn’t stop there, with rave food reviews and funky speakeasy atmosphere, Redd’s Fueling Station has become one of those “must visit” locations on the Scenic Highway 30A stretch. Reservations for dinner recommended !

For more information on the event and Redds Fueling Station, visit www.reddsfuel.com or www.facebook.com/reddsbar or call 850-325-0252 (reservations advised) 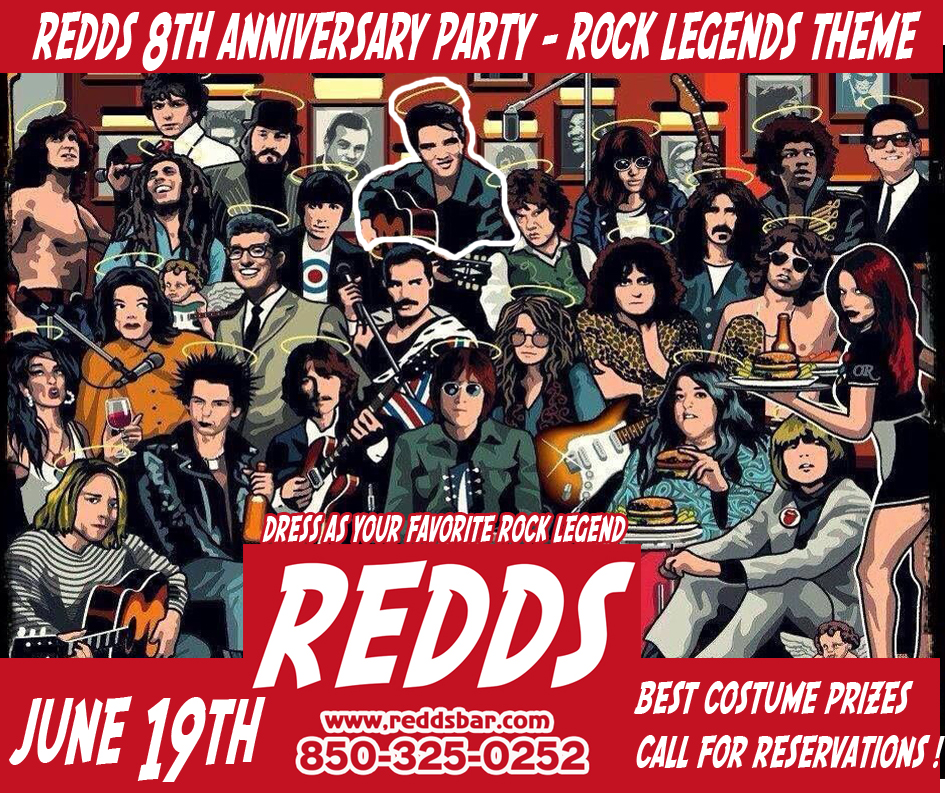 The post Redds Bar on 30A Celebrates 8 Years with “ELVIS” and ROCK Legends Costume Party appeared first on 30A.TV.