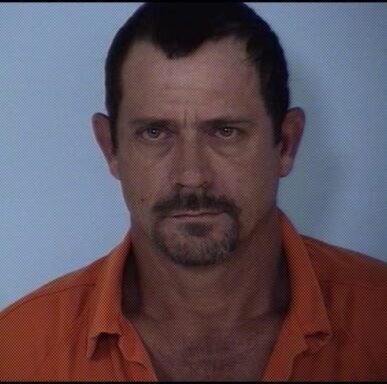 A domestic violence incident leads to the search of a Westville man’s home who is now facing an aggravated battery with a deadly weapon charge and multiple weapons violations.

On September 7th, Walton County Sheriff’s Office deputies responded to a domestic violence call at a home on Icie Pine Road in Westville.

The victim told deputies she was attempting to get her belongings from the house when Steven Bartlett, 49, shoved a pistol in her face. The victim had visible injuries to the side of her mouth.

By the time deputies arrive at the home, Bartlett had fled the area.

On September 23rd, a search warrant was executed at the Westville home by Walton County Sheriff’s Office Criminal Investigations Bureau.

During the search, investigators found three firearms, a rifle, a pistol, and a shotgun, inside the house as well as ammunition and a clear plastic bag containing methamphetamine.

His bond was set at $25,000 dollars. Bartlett is still incarcerated at the time of this press release.

Be the first to comment on "DOMESTIC INCIDENT LEADS TO SEARCH WARRANT; SUSPECT ARRESTED FOR AGGRAVATED BATTERY AND WEAPONS CHARGES"