Please use the SHARE buttons to forward this news
… work with allied nations during U.S. training exercise

HURLBURT FIELD — It soon will be back to the future, at least briefly, at Hurlburt Field, headquarters of Air Force Special Operations Command (AFSOC).

The upcoming Emerald Warrior exercise at Hurlburt Field — an annual event that brings together U.S. special operations and conventional forces from U.S. military partners and allies to prepare for a range of challenges — will include demonstration of a autopilot-equipped unmanned glider.

The aircraft, designed to be disposable, could be used to deliver supplies to ground troops after launching from powered aircraft like the C-130 and the CV-22 as far as nearly three dozen miles away, according to a PRNewsire news release from Silent Arrow, the company that developed the aircraft. 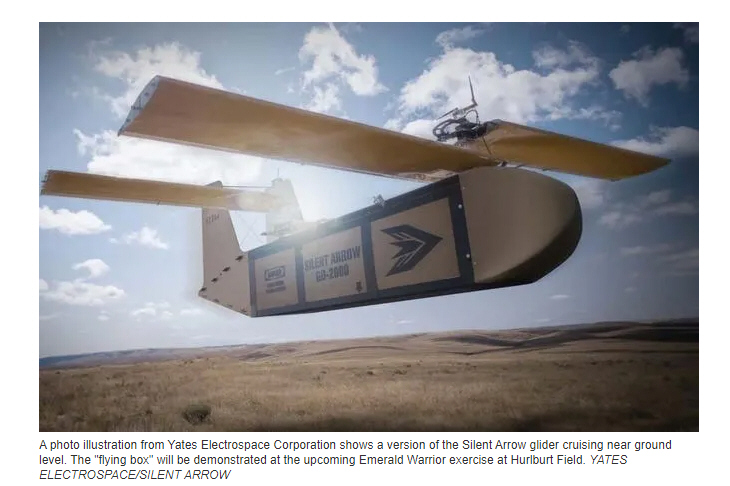