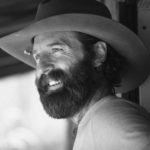 Nobody knows when it started. But it did. The first jar of pickles to appear on Aunt Bee’s grave in Siler City, North Carolina, showed up in 1989, the year she died. Legend states that the pickles were probably homemade. Although some claim they were store pickles.
Since that fateful day, nobody has found a good reason to stop leaving pickles. Pickles show up by the hundreds. Maybe even thousands. From all over the United States.
“I think it’s just a form of respect,” says Billy, age 73, from Bentonville, Arkansas.

Billy traveled 840 miles to Siler City in his 2007 Ford Ranger, which is more rust-colored than green, to deliver a single jar of Kosher Dill Snack’mms to the grave of Frances Bavier, the actress who played Aunt Bee on “The Andy Griffith Show.”

“She was America’s mom,” says Billy. “She was my whole childhood.”

The pickles are a salute to season two, episode 11, “The Pickle Story.” In the episode, Aunt Bee makes pickles that taste so bad they could take the paint off navy ships. “Kerosene cucumbers” they were called in the episode. 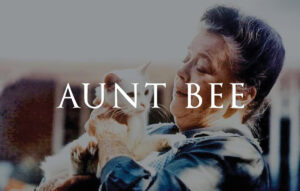 “Mine, too,” says Billy’s brother, Roger, who is busy taking Billy’s picture with his phone camera. Roger is 80 this year. He is vaping. His flavor du jour is tropical cherry, and he is puffing so frequently that we are all able to enjoy this flavor with him.

Billy and Roger have visited this cemetery twice before. And they say that each time they come, there are multiple pickle jars sitting on the gravemarker.

“Sometimes there are ten or twenty of’em,” says Billy. “Depending on if it’s tourist season or not.”

The Oakwood Cemetery is a nondescript burial place, nestled within the black gums and post oaks of the Old North State, with headstones stretching back toward the horizon. You’d never guess that this particular plot belonged to one of America’s most beloved celebrities.

There’s nothing remarkable about the marker. Nothing glitzy. Nothing fancy. The gravestone looks just like the headstone of, well… Your favorite aunt.

I read one of the handwritten notes. It’s more personal than I expected. “Dear, Aunt Bee… You raised me… I love you.” It was signed by a woman from Marietta, Ohio.

Another vehicle pulls up. A Honda SUV. It is a family of five. They are from Salina, Kansas. They have been hanging out in the nearby town of Mount Airy all week, hometown of Andy Griffith. The kids leap out of the dusty vehicle. One of them is carrying a jar of pickles.

“My kids all wanted to bring their own jars,” says Melinda (age 44). “And I was like, um, no, guys. Three jars of pickles is expensive. And it’s not like Aunt Bee is gonna eat them, since, you know, she’s dead.”

Melinda says her kids are religious fans of the show. It all started a few years ago when her husband lost his job. The family had to cancel their movie streaming services to save money. They had nothing to watch.

“So,” Melinda explains, “I went to the store and bought a television antenna. Like in the old days.”

A local station out of Hutchison-Wichita played Andy Griffith in all its black-and-white glory. After the very first episode the children were spellbound.

“We plan our whole days around that show,” Melinda says. “To my kids, it was like the show was brand new, like it’d just come out.”

I watch the children stand reverently before the gravestone of everyone’s favorite aunt. Hands in their laps. Heads bowed. They are solemn. Much the same way you’d behave at the graveside of a loved one or a close relative.

And it makes me feel pretty good to be an American right about now. Because say what you will about us, but our country’s children know Andy Griffith, Jim Nabors, Frances Bavier, Don Knotts, Ron Howard, and Betty Lynn.

I am a lot like the other people here today; Andy Griffith practically raised me. Our station played two “Andy” episodes every evening after school. I was a fatherless kid who needed someone to pay attention to me, to love me, to teach me, to make me laugh, to show me how to be a man. Andy did this for me. Every weekday at five o’clock.

After all these years, I’ve never gotten over him. And I don’t want to, either.

The words on Aunt Bee’s tombstone read: “To live in the hearts of those left behind is not to die.”

Would that the same be said of you and me someday.

I left a jar of Vlasic.

The post Sean of the South: Aunt Bee appeared first on South Walton Life | 30A News, Events and Community Information.

Be the first to comment on "Sean of the South: Aunt Bee"