They stand behind caged doors. They look at you when you walk by. They bark like their lives depend on it.

Some have barked so hard they’ve lost their voices.

They miss running more than anything. I’m talking about all-out, wide-open, honest-to-goodness running. Their legs were made for this, but they can’t do it. Not in here.

The old dogs don’t even bother barking anymore. They know what awaits. One day a woman in scrubs and rubber gloves will lead them away, and they won’t come back.

Jack, the Labrador, for instance, he was ten years old, reddish colored. Nobody wanted him because of the white on his snout. He went to Heaven yesterday.

And Ophelia. She’s a beagle. She’s an old woman. So is ‘Bama, Pistol Pete, Chocolate, Bradley, and Miss Daisy. Abandoned dogs. Lost animals. This is their last stop on the bus ride of life.

Through the doors walks Jace. Jace is a seven-year-old boy with rosy face and blonde hair. His parents are divorced. They live in a two-bedroom apartment, with no neighbor kids. Jace gets lonely.

“My son needs a friend,” his mother explains.

Jace walks the long corridor and looks for a pal. He sees Rip—a basset hound with so many skin wrinkles he ought to win an award. His face is long, his ears touch the floor. Rip is nine.

Jace pokes his hand through the bars.

“We ain’t supposed to let people touch the cages,” a staff worker whispers to me. “But Rip’s a sweetheart.”

Rip wanders to the door. He licks Jace.

Rip stares at Jace. In dog years, Rip is older than this boy. And he’s smart, too. You can see this in his eyes.

I’ve been writing a long time, but I can’t find a good sentence to convey the way a dog looks at you. They know something we don’t.

The worker opens the cage, then leads them to a small place called the “interview room.”

Jace is pure energy. Rip is no spring chick. Furthermore, Rip appears to know he’s not going to be adopted. It’s the same old story:

They play with you, they toss a ball, they talk sweet. They put you back in the kennel.

Jace tosses a ball. Rip thinks about this for a moment. Should he chase it? After all what would be the point? It won’t do any good. This kid isn’t going to adopt an old hound just because he plays fetch.

Rip retrieves the ball anyway. It’s in his nature. Jace laughs. They play for several minutes. Rip starts to get into the spirit. They are having a big time.

They return Rip to his kennel. And Jace walks out of the animal shelter, holding his mother’s hand. His mother has decided that Rip is too old.

Another day, another rejection.

Three days pass. A woman enters Rip’s kennel. She is wearing rubber gloves and scrubs. Rip is afraid of her. She leads him to a white room. He’s panting and nervous. Rip is no dummy. He knows what happens to old dogs in this place.

She leads him through a narrow hallway. The dogs scream when Rip walks by. They howl. But Rip is brave, because Heaven made him a dog. And all dogs are brave.

She takes him to the front of the shelter. She unclicks his leash. Rip is confused. He’s too old to understand what’s going on. He is scared. He’s trying to be courageous, but his old bladder gets the best of him. He makes water on the floor.

Then he hears his name.

Rip sees the boy. A blonde child whose mother just paid a few bucks to bring Rip home forever. And even though Rip’s joints hurt, he runs to Jace. He licks him.

But thanks to Jace, he will never forget these feelings again. 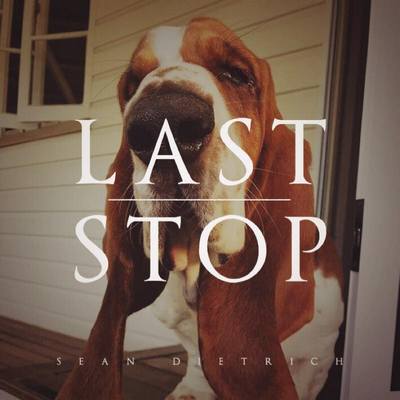 Sean Dietrich is a writer, humorist, and novelist, known for his commentary on life in the American South.

Be the first to comment on "Last Stop By Sean Dietrich"