Sports fans, save the date for the 6th Annual Stake & Burger Dinner featuring keynote speaker, Derrick Brooks, on Friday, August 29th from 6 to 9 p.m. at the Hilton Sandestin. The annual fundraising event will offer the community an opportunity to learn more about the impact of the Boys & Girls Clubs of the Emerald Coast and hear an inspirational message from the NFL Hall of Famer. 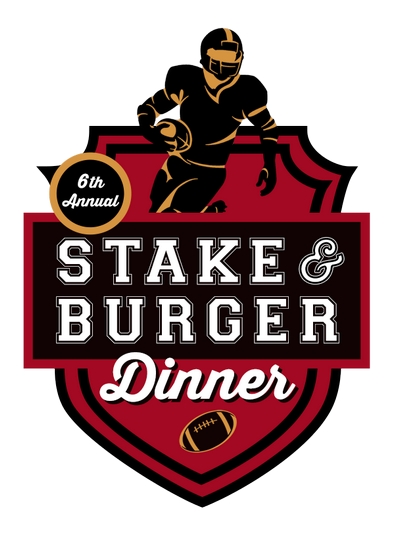 “We are thrilled to have Derrick Brooks coming back to the Gulf Coast to support our organization,” Shervin Rassa, CEO of the Boys & Girls Clubs of the Emerald Coast,said. “Derrick is not only an accomplished athlete, he’s also an amazing philanthropist dedicated to changing the lives of young people.”

Pensacola native, Derrick Brooks was drafted by the Tampa Bay Buccaneers in the first round of the 1995 NFL Draft, where he remained to play his entire 14 season professional career. He is widely considered one of the best linebackers in NFL history. An 11-time Pro Bowl selection and nine-time All-Pro, Brooks was named AP NFL Defensive Player of the Year in 2002, and earned a Super Bowl ring with the Buccaneers in Super Bowl XXXVII. Prior to playing for the Buccaneers, Brooks attended Florida State University, where he was a member of the 1993 Seminoles National Championship Team. Recognized as often for his hard work in the community as he is for his hard hits on the football field, Brooks has been the recipient of several prestigious awards, including co-recipient of the 2000 Walter Payton/NFL Man of the Year Award, the 2003 Bart Starr Award, the 2004 Bryon “Whizzer” White Award, and the 2008 JB Award through the NFL Players Association, all of which recognize NFL players for their commitment to the communities in which they live.

“I am grateful and delighted to be a part of the Boys & Girls Clubs Stake & Burger fundraiser,” keynote speaker, Derrick Brooks, said. “It’s extra special because I started my charity foundation working with the kids from the Boys & Girls Clubs in Tampa Bay. Now, I get the opportunity to speak and support the organization in the Panhandle, my hometown area. I encourage all to come support us and hear what God will lie on my heart to share with everyone.”

All proceeds from this event will go to the Boys & Girls Clubs of the Emerald Coast, which work in our community to promote and enhance the development of boys and girls by instilling a sense of competence, usefulness, belonging and influence through its programs focused on academic success, healthy lifestyles, good character and citizenship.

Sponsorships for this event are available.To learn how your business can be involved, please contact info@thehivecreativeconsulting.com. To learn more about this event or to purchase tickets, visit www.emeraldcoastbgc.org.