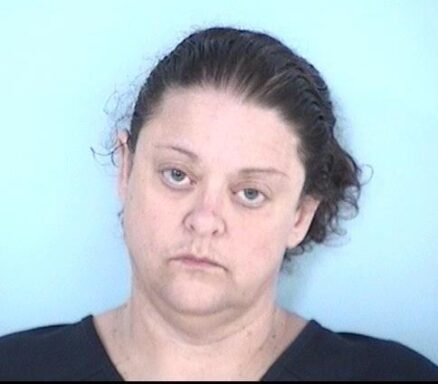 WALTON COUNTY, Fla— A cracked windshield and no seatbelt leads to the arrest of a DeFuniak Springs woman.

On July 7th deputies initiated a traffic stop on a driver who was not wearing a seat belt. In addition, the vehicle she was driving had a cracked windshield impeding her vision.

When deputies spoke with the driver, identified as Regina Padgett, 50, she was visibly nervous and admitted she was on probation.

K-9 Drago was called to the stop and alerted on the vehicle. Padgett admitted to having methamphetamine in her purse. The substance was wrapped in a receipt with the sole intent, she said, to sell to make some money.

Approximately one gram of methamphetamine was located in Padgett’s purse.

Padgett was arrested and charged with possession of methamphetamine and violation of probation. She was transported and booked into the Walton County Jail.