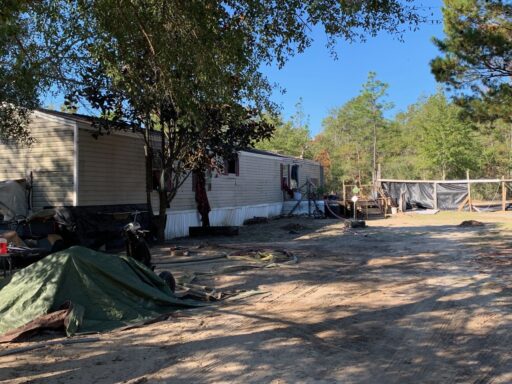 WALTON COUNTY, Fla— A suspect in a structure fire is in custody after authorities suspect he ignited a house fire and stole a volunteer firefighter’s vehicle.

Just before 10 o’clock Friday morning, Walton County Sheriff’s deputies responded to Smith Road in DeFuniak Springs following the report of a structure fire. A Liberty Volunteer Firefighter arrived first, leaving his personal vehicle running while he got out to evaluate the fire.

A male covered in blood ran from the residence, stole the volunteer firefighter’s vehicle, and fled. The suspect, later identified as William Larrick II, 38, was located on Royale Street in the DeFuniak Springs city limits and taken into custody.

The home on Smith Road was found to have suspicious materials inside. The State Fire Marshal’s Office arrived and requested a bomb squad respond. One nearby home has been evacuated as a safety precaution.

More information will be released once available.

Be the first to comment on "WCSO AWAITING ASSISTANCE FROM BOMB SQUAD FOLLOWING HOUSE FIRE; ONE PERSON IN CUSTODY"