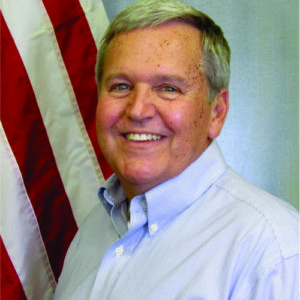 The cold, winter air had a feeling that there was a change coming. The sky that Saturday in January was a crystal, winter blue without a cloud. The Scouts were on their monthly campout about twenty miles south of Topeka near the small town of Overbrook, Kansas. The high for the day was to reach the upper forties. They had arrived the evening before and set up camp in the dark, each patrol of boys scattering across the wooded hills of the area. The trees were bare, skeleton fingers reaching towards the azure sky.  Campfires filled the little, stream bed valley with the wonderful aroma of burning wood as wispy fingers of smoke curled upward from four or five fires. The boys were busily working on badges and doing all those things junior high boys do when left to their own devices. Later that afternoon they gathered around their fires to begin cooking the dinner meal. Cast iron dutch ovens were readied for stew, cornbread and cherry cobbler all made from scratch and cooked over and under the coals. Another group made a spit out pieces of wood and were basting a chicken while potatoes wrapped in foil were occasionally turned in the coals.

Sunrise awoke the scouts as it broke across the eastern horizon with a brilliance that seemed almost unnatural.  They scurried to get dressed in the cold air.  The experienced campers had their clothes in  the bottom of their sleeping bags, so they were warm to put on and one did not have to get out of the bag until you were dressed and ready.  A glance at the side of the tent revealed a surprise.  It looked from the inside like the tent had sunk several inches into the ground.  The zipper was frozen and had to be forced open to reveal about five inches of freshly fallen snow glistening in the clear Kansas morning.  We were hesitant to step out of the tent because it was so pretty.  But it was so cold.  We all wanted to climb back into our sleeping bags.

Then we heard him.  It was our Scoutmaster, Moses Richie. (how appropriate).  He was an old (old to us junior high boys) short, red headed Master Sergeant whose face could get as red as his hair if you aggravated him. He was calling us to gather up and get ready for the hike. We hadn’t even had breakfast yet.  But in a few minutes off we went out into the winter wonderland in single file for a hike that covered about five miles. There was lots of griping and complaining as we started out, but as we warmed up and began to realize why Sgt. Richie was leading us through this white, cold wilderness, the complaining stopped.  You see, Moses knew what was good for us. We needed to get up and get moving, even if we didn’t want to, to get warmed up and active. The rest of the day was great.  A memory that has lasted a lifetime was made.

How often does the unexpected sneak up in the night and surprise us? How often do we stand and just look at our new situation and are unsure of what we should do now? How often do we just want to retreat back into the safe warm sleeping bags of our lives only to hear the voice of one calling us out from the wilderness?  The changes in life, whether gradual or as dramatic as a nighttime Kansas snowfall, many times catch us off guard. But God is calling us to walk (or to go on a hike) with him. He knows what is best for us even if we cannot figure it out. If we follow with eyes, heart, mind and soul open to his guidance, He will make a memory for us that will not only last a lifetime, but an eternity.

The post A Pastor’s Ponderings; Memories That Last a Lifetime appeared first on South Walton Life | 30A News, Events and Community Information.

Be the first to comment on "A Pastor’s Ponderings; Memories That Last a Lifetime"