“Pigs get fed and hogs get slaughtered.” “You can’t make a quarter horse run a mile.” “Chicken one day and feathers the next.” These are just a few of the sayings my father often quoted. Seldom did my mom communicate in such a way. But there was one saying she repeated regularly when waking me up for school. “Remember, the early bird gets the worm.” It was mom’s way of reminding me that waking up before everyone else means having a head start on everyone else. But my motive for getting up was much more than being early for school.

Where I grew up, most kids in the neighborhood would spend several hours each day playing outside. We played in the streets. We played in the woods. We played in the rain. We played in the heat. But few played early in the morning. I was different. Almost every day at the break of dawn, for about an hour, I practiced kicking a football. Sometimes kicking into a net in our backyard, sometimes using the goal posts at the football field a few blocks away, and sometimes both, I was obsessed with becoming the best. 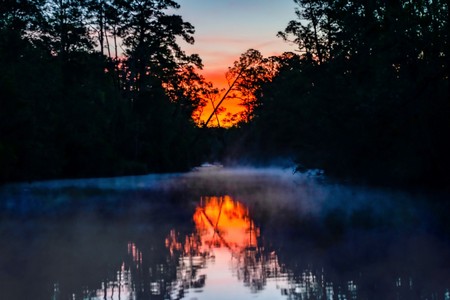 The hard work paid off. I found myself winning competitions like Punt, Pass and Kick, and later becoming the kicker for the school football team. It seemed that everything was going great. But during a summer football practice, the dream of one day being a professional kicker was destroyed. I pulled a muscle in my leg and had to limp off the field. The coach told me to sit it out for a while and try some new stretching routines. That seemed to help for a bit. But then, just one week into school starting, and only days before the first game of the season, I re-injured the same muscle. The entire season, my kicking career, and what seemed to be my entire life, was over. It felt worse than being a loser. I was damaged goods.

The next morning, mom opened the bedroom door and repeated her familiar greeting just like clock work. “Remember, the early bird gets the worm.” With tears in my eyes and a quaver in my voice I asked her why is it the early worm is always devoured by the bird? Why does everybody care about the bird and nobody cares about the worm? Not only did it feel like I was a worm, I felt lower than a worm. Others who tried much less than I did would be playing in the big game the next day while I was wondering if I’d even dress out or if I’d have to quit the team. Is this what trying harder than everyone else gets me? Why even try at all? After a few attempts to console me, mom’s perky motivation quickly turned to threats if I wasn’t dressed, ready for school and sitting in the car within the next five minutes.

Limping through the halls of school that morning, a friend asked me if I wanted to participate with the school drama team. Continuing with my pity party, I asked if they needed a cripple. What they needed was help behind the scenes making props, lighting the sets and running the microphone cables. I accepted and, to my surprise, enjoyed it. This later led to roles in acting, performing illusions, singing and directing. Little did I realize then just how much performing arts would become a major part of my life and my livelihood. The time spent kicking a football was quickly replaced with time spent building sets and painting props.

Whether it’s getting up at the break of dawn to go fishing or studying for an exam, the saying holds true; the early bird does get the worm. But if you woke up this morning feeling more like a worm than a bird, remember, you are no longer obligated to the past. It’s time to become focused on the future. Whatever your hands find to do, do it with all your might. Today is a new day.

Be the first to comment on "The Early Worm"