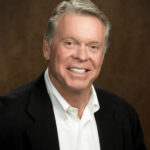 When was the first US election?  December 15, 1788 was the first United States presidential election. George Washington was inaugurated in New York City on April 30, 1789, 57 days after the First Congress convened. The act of voting in colonial times was quite different from today. In many places, election days were social occasions accompanied by much eating and drinking. When it came time to vote, those qualified would simply gather together and signify their choices by voice or by standing up. As time went on, this form of public voting was gradually abandoned in favor of secret paper ballots. For a while, however, some colonies required published lists showing how each voter cast his ballot.

After declaring independence on July 4, 1776, each former English colony wrote a state constitution. About half the states attempted to reform their voting procedures. After the unanimous election of George Washington as the nation’s first president, the Founders figured that subsequent elections would feature a large list of candidates who would divide up the electoral pie into small chunks, giving Congress a chance to pick the winner. But as soon as national political parties formed, the number of presidential candidates shrank. Only two U.S. elections have been decided by the House and the last one was in 1824.

The Electoral College was (and still is) the “glue” that allowed the individual former British colonies to come together as the United States. The founders, in establishing a republic and not a democracy, devised the electoral college system as a way to protect the rights of the smaller states having their interests overwhelmed by larger states. The same is true today.

Political parties usually nominate their slate of electors at their state conventions or by a vote of the party’s central state committee, with party loyalists often being picked for the job. Members of the U.S. Congress, though, cannot be electors. Each state is allowed to choose as many electors as it has senators and representatives in Congress. During a presidential election year, on election day (the first Tuesday after the first Monday in November), the electors from the party that receives the most popular votes are elected in a winner-take-all-system, with the exception of Maine and Nebraska, which allocate electors proportionally. In order to win the presidency, a candidate needs a majority of 270 electoral votes out of a possible 538.

On the first Monday after the second Wednesday in December of a presidential election year, each state’s electors meet, usually in their state capitol, and simultaneously cast their ballots nationwide. This is largely ceremonial: Because electors nearly always vote with their party, presidential elections are essentially decided on Election Day. Although electors aren’t constitutionally mandated to vote for the winner of the popular vote in their state, it is demanded by tradition and required by law in 26 states and the District of Columbia. Historically, over 99 percent of all electors have cast their ballots in line with the voters. On January 6, as a formality, the electoral votes are counted before Congress and on January 20, the commander in chief is sworn into office.

Critics of the Electoral College argue that the winner-take-all system makes it possible for a candidate to be elected president even if he gets fewer popular votes than his opponent. This happened in the elections of 1824, 1876, 1888, 2000 and 2016.

However, supporters contend that if the Electoral College were done away with, heavily populated states such as California and New York might decide every election and issues important to voters in smaller states would be ignored.

The post Guest Columnist: The Right to Vote appeared first on South Walton Life | 30A News, Events and Community Information.

Be the first to comment on "Guest Columnist: The Right to Vote"