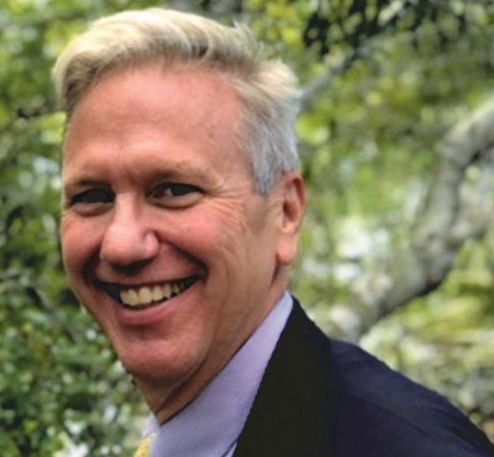 As we are now into a whole new year, the more things change the more they stay the same: The Covid virus is still with us, the money supply is still at historically high levels, rates remain low, housing remains strong. Unemployment is now at pre-Covid levels. Some things are not the same: Inflation is at its strongest in two generations, there are more jobs than job seekers, the employment rate (percent of eligible Americans working) is at an all time low. Savings rates are higher, US household net worth (as reported by Josh Brown and CNBC) is at an all time high of $130 trillion. In generations past that net worth was mainly comprised of home value and pensions. Today over a third of that is in stock holdings, pensions are no longer a significant source, and housing maintains its influence on people’s overall net worth. Something to ponder when fretting about national debt levels: household net worth is more than four times the national debt. And overall National wealth (the value that all governments hold) is around ten times greater than the National debt. That is not say that the current elevated levels of debt are not challenging to economic growth and sustainability – considering debt to GDP at over 100%, the highest since 1946 – but still worth noting that overall wealth far exceeds overall debt.

Here are some themes for investors to ponder and explore for 2022. We provide five in this edition of Research and Commentary from The First Wealth Management. As the world evolves and changes investors can take note of innovations and disruptions and explore potential opportunities for their future investments.

Electrical Vehicle (EV) Batteries – It is interesting to note that there will need to be considerable increase in the supply of EV batteries to come anywhere near the projections for new EV sales by 2030. Note that in 2022 in the U.S., EV sales might reach 5% of vehicles sold, a relatively small percentage. Still, ABC News reports there were 15mm cars sold in the U.S. in 2021 and if EV sales are to make up 5% in 2022, that means 750k batteries are needed. The supply of batteries is dependent upon the mining and development of lithium and cobalt and rare earth minerals and somewhat in the recycling of existing phones and laptops. Although the U.S. is a leader in the natural resources needed, it is a laggard when it comes to mining and production. It could take years for supply to meet the demand. The takeaway for investors is to look at those stocks and funds that concentrate on exploration, mining, and producing minerals such as cobalt, lithium, copper, nickel, manganese and zinc and rare earth minerals. Investors might want to consider some of the emerging (some of them or still private) companies that recycle batteries and sell them to electric vehicle manufacturers.

Infrastructure. With billions being set aside for everything from roads and bridges to the electric grid and recharge stations, materials, and materials producers as well as industrial construction firms could stand to gain significant new business opportunity. Copper might very well be one basic metal whose demand could grow at an increasing rate. There are numerous firms and funds that investors could consider in order to participate in these areas.

Quantum Computing. Simply put, quantum computing execution means that computers could run and produce at rates exponential to today’s rates. It is important to note that major technology firms are investing a lot in this technology, but it is too early to experience any revenues. Ari Zoldan, the CEO of Quantum Media Group, wrote recently that the quantum computing market is” valued at $0.5 billion and is expected to grow to $65 billion by 2030, indicating a compound annual growth rate (CAGR) of 56%”.

Carbon Sequestration. There may be economic and investment opportunity to consider here. The US Geological Survey (USGS) defines carbon sequestration as the process of capturing and storing atmospheric carbon dioxide. It is done naturally (biologically) by plants, trees, and oceans. Plants need CO2 as part of the photosynthesis process. When areas of the world are “deforested” (to grow other crops or clear for development) we are in a sense decreasing the number of carbon sinks in the world. It is also done by Geologic carbon sequestration, which is the process of storing carbon dioxide (CO2) in underground geologic formations. Some of this is done in oil and gas extraction. The oil is forced out of the reservoir through the injection of CO2 (which takes the place of the removed oil and remains there forever). Some firms are also developing technology that removes carbon from the atmosphere and then injects it below the earth’s surface and charges storage fees. Many major oil and gas firms, in addition to green tech companies, are rapidly pursuing this. Carbon capture and sequestration (CCS) is also part of coal burning energy producers.

PBS suggested that three keys would be 1) Increasing plants and forests – as plants and trees use carbon dioxide as part of the photosynthesis process. Forests acts as lungs (as do oceans) and sequester the carbon emissions that are produced. The problem is that while deforestation is finally declining, reforestation is declining too. 2) Construction of carbon sequestration plants. These are facilities that capture carbon in the air and pump it underground. 3) Food consumption. PBS points out that if people threw away less food, which could significantly reduce carbon emissions as well.

The takeaways for investors: Consider opportunities to invest in forestry companies. Most new trees planted each year are by forestry companies. While the rate of deforestation is slowly declining, there is yet to be a commensurate increase in reforestation. Regarding CCS, there are firms pouring billions into new technology to capture and often sell the carbon. According to CNBC, Arizona State University has reported that its research shows that automated CCS can be thousands of times more efficient in removing carbon from the atmosphere. It is early with this technology, but some major oil and gas firms are putting billions into technology that could produce significant carbon capture each year as early as 2030 and to double that by 2040.

Energy & Energy transition. We think this is still an area investors should continue to consider. There are ETFs that invest in wind, solar, nuclear, clean, and of course traditional energy firms, such as oil and gas. The forementioned PBS story pointed out that the demand and consumption of fossil fuels should be addressed but also acknowledged that it continues to grow. As demand is growing however, a report from Rystad Energy says, “the oil and gas industry will deliver its worst exploration year since 1946…production budgets are not returning to pre-Covid levels and probably never will.” A classic case where supply cannot meet the demand.

We last reported that the European Union was set on reducing carbon emissions to net zero sooner than later and with strict targets as early as 2030. This has had added impact on natural gas supplies, which is already constrained. The New York Times has reported that now there is a proposal before the European Union, by the European Commission to make certain natural gas and nuclear electricity plants to be considered either green or transition to green energy producers. That could have significant impact, according to The Times on new investment into these types of facilities. Despite the huge gains being made by wind and solar, in that order, the investment and production in those technologies would not be able to meet the ever-growing demand. Many traditional energy producers are making significant investments in wind and solar but also natural gas as well. As for nuclear, we take note that nuclear plants (which produce electricity) produce zero carbon emissions. The EC proposal points out its support for nuclear is only for those facilities that can safely dispose of the waste. We know of only one nuclear plant under construction in the USA currently. Should the EU pass legislation approving of nuclear, we think that additional U.S. nuclear plants are in the offing. Interested investors could consider equities or ETFs in the Industrials and Materials

Raymond James advisors do not offer tax advice. Please see your tax professionals. Email: Maurice.stouse@raymondjames.com.Securities offered through Raymond James Financial Services, Inc. Member FINRA/SIPC, and are not insured by bank insurance, the FDIC, or any other government agency, are not deposits or obligations of the bank, are not guaranteed by the bank, and are subject to risks, including the possible loss of principal. Investment Advisory Services are offered through Raymond James Financial Services Advisors, Inc.

The First Wealth Management First Florida Bank, and The First Bank, are not registered broker/dealers and are independent of Raymond James Financial Services.

Views expressed are the current opinion of the author, not necessarily those of RJFS or Raymond James, and are subject to change without notice. Information provided is general in nature and is not a complete statement of all information necessary for making an investment decision and is not a recommendation or a solicitation to buy or sell any security. Past performance is not indicative of future results.

Investing involves risk and you may incur a profit or loss regardless of strategy selected, including diversification and asset allocation. Investors should consult their investment professional prior to making an investment decision.

Investing in oil involves special risks, including the potential adverse effects of state and federal regulation and may not be suitable for all investors.

Investors should consider the investment objectives, risks, charges, and expenses of an exchange traded fund carefully before investing. The prospectus contains this and other information and should be read carefully before investing. The prospectus is available from your investment professional. The companies engaged in the communications and technology industries are subject to fierce competition and their products and services may be subject to rapid obsolescence. Investing in the energy sector involves special risks, including the potential adverse effects of state and federal regulation and may not be suitable for all investors.

The post Five Themes for Investors to Explore in 2022 appeared first on South Walton Life | 30A News, Events and Community Information.