In the early morning hours of August 21st, the Walton County Sheriff’s Office responded to Madge Lane to a report of a fight where multiple people were injured.

When deputies first got on the scene, they located Juan Diego Perez Castillo, 20, punching a window in the back of the house. When deputies attempted to detain him, Castillo fled. He was later found hiding in a red shed. Castillo refused to comply with multiple commands, was tased, and eventually taken into custody.

While searching the area for Castillo, deputies located Roberto Rivera-Loza, 29, who had injuries consistent with a fight. He was heavily intoxicated and refused to walk to the patrol car or cooperate with deputies. When he began to resist, Loza was tased and taken into custody.

Later, deputies learned one of the people involved in the fight had fled to a residence on East Harborview Road. Once they arrived, they found an individual with a stab wound to the abdomen. He was transported to a local hospital.

An additional individual who was hit in the head was later transported to a local hospital, treated, and released.

Rivera-Loza is charged with affray, obstruction, and disorderly intoxication causing a public disturbance. He was given a $5,000 bond and was released late Sunday.

Juan Diego Castillo was charged with obstruction and brought to the Walton County Jail. He was given a $1,000 bond and was released Sunday evening.

U.S. Immigration and Customs Enforcement were notified of both arrests but did not respond to our office to place a hold before a bond was set. This incident is still under investigation and additional charges and arrests may be forthcoming pending the outcome of this case. 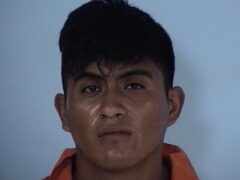 Be the first to comment on "TWO ARRESTED, INVESTIGATION ONGOING INTO INCIDENT ON MADGE LANE IN SANTA ROSA BEACH"