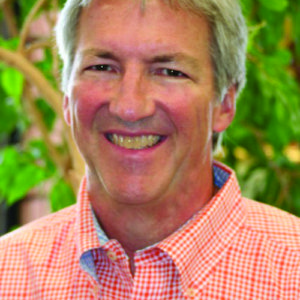 After a successful run at the University of Central Florida, culminating in last year’s undefeated season and #6 ranking in the Associated Press final poll, head coach Scott Frost returned to his alma mater at Nebraska this season in the same capacity for the Cornhuskers. Freelance and SEC writer Andrew Astleford penned this article about Frost: “Emotions can run high in football. It’s not uncommon to see a coach express his anger by yelling and cussing at players. But at Nebraska, don’t expect to hear heated, vulgar language coming from coach Scott Frost and his staff. In a recent news conference, Frost explained why he won’t ‘yell and scream at kids.’ He also mentioned his staff won’t ‘cuss at kids.’  It’s a thought-provoking theory for coaches at all levels of football. ‘One of our sayings is have a desire to excel and no fear of failure. Part of that is the coaches’ responsibility. And I mentioned that we’re not going to yell and scream, and we’re not going to cuss at kids. I don’t think that’s the right thing to do, and I also don’t want to make kids afraid to go make a great play.’

‘If someone misses a tackle or drops a ball, they don’t need to be yelled at.  They need to be taught the right way to do it so it doesn’t happen again. And once you take away that fear of what might happen if you make a bad play, it really frees you up to go make great plays.’ Coaches approach their work in ways they think will get the most from their players. But Frost has a point. If players aren’t afraid of making mistakes, then that might allow more memorable plays to be produced.”

I considered Frost’s credo in a larger context beyond football and sports. Salty language pollutes work environments. Friendships are destroyed when one or both speak inconsiderately. Discouragement is a poison to wives, husbands, sons, and daughters.

Years ago I was on a business trip. Admittedly I’ve heard my share of exploitive exchanges, but I was especially taken aback by one of my colleagues. Seemingly every sentence was punctuated by a vile connotation. Growing wearisome, I felt led to call him out. I’ll never forget his response: “The people we’re meeting seem to like it.”

The best supervisors and leaders I served under possessed certain common traits and characteristics. For one, they had self-control. When you erred they called you into the office and counseled you privately, one-on-one. I found more disappointment in myself for having let down someone I respected. Still, they talked in such a way that fear did not consume me. They also had a certain aura- decorum, if you will. They were “teachers,” people whose behavior you aimed to mimic. They humbly accepted responsibility for their actions, admitting poor decisions and crediting team members when things went right. Are you an employee who is selfless, congenial, and quick to lend assistance? If you run a business, is a standard being applied such that others want to follow you?  In relationships what proportion of the time are you listening?  Do others more fear or emulate you? Others watch us. With that reminder, who possesses some traits that you and I can model?  How about a certain coach in Lincoln, Nebraska?

I don’t have a particular football team to follow this fall. But, I will be watching Scott Frost and rooting for his success.