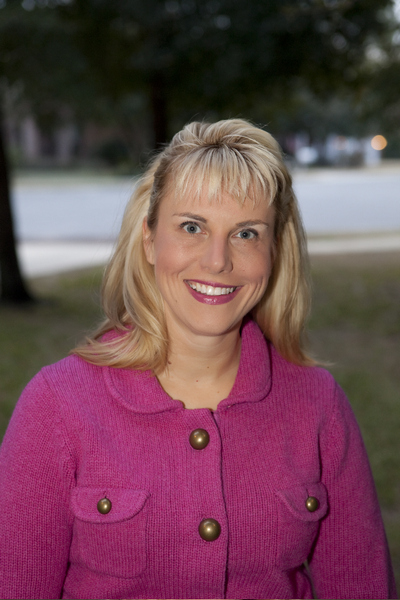 I live where other people vacation and I consider myself pretty lucky. Even on my worst days, I remind myself of this fact. There is another beach community just 50 miles to the east of us called Mexico Beach; there the coastline is known as “the Forgotten Coast,” because it embodies old Florida living. It is mostly rural, slow paced and less touristy in nature. But Oct. 10, 2018, this area received more attention than it probably ever has in recent history. And hopefully not soon to be forgotten. On this day, Hurricane Michael struck as a near category 5 storm, with its eyewall passing over Panama City and causing massive storm surge into Mexico City Beach, the hurricane resulted in widespread devastation. The pictures literally look like something apocalyptic in nature. Entire neighborhoods and communities have been wiped out, with the landscape forever changed.

Most of the people I know prepared for the storm not knowing how severely our area might be affected. Many folks evacuated; along Hwy. 30A there was a mass exodus, leaving the area looking much like a ghost town. When the day had passed, we were left with a mixture of emotions. There was relief and thankfulness that we did not see the worst effects of the storm. But people also articulated they weren’t sure how to feel when disaster passes over and hits your neighbor instead. Knowing that what happened to the Panama City/Mexico Beach area could have happened here, instead brought a somber realization; we escaped what others did not. It’s called survivor’s guilt. 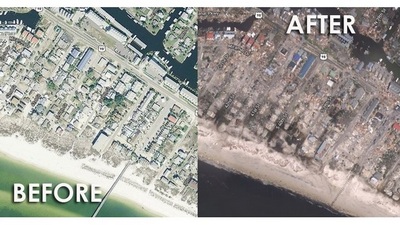 The other emotion many have felt is of being overwhelmed. The task of re-building seems so big. Where do we start and to whom do we go to? I think the answer is always to follow the example of Christ. As he travelled in his ministry, He met the need of the person who was directly in front of Him. Many times, that need was presented as an interruption or by someone others would have overlooked. In our modern era, I think Mother Teresa is an example of someone who keenly understood how to look at a massive problem like the world’s lack and be the solution. You start with the need that is directly in front you. You start with your neighbor. Here are some of her thoughts:

One thing we should never question is the goodness of God, even when bad things like natural disasters happen. If you think the worldly devastation was massive, could you even begin to comprehend the spiritual aftermath that God is working? It is upside down thinking to us, but God reveals himself in peoples’ lives in ways He chooses. Sometimes that is through some pretty fierce storms. I believe He was (and is) working in this midst of this storm in countless ways that our natural eyes don’t easily see. Just read the stories on the internet and you will ‘see’ countless miracles if your eyes are looking for them. As residents of the Emerald Coast, this is our privilege. Disaster may have passed us over, but God’s love did not. And by being his missionaries to our neighbors to the east, we are granted an incredible opportunity to know Him more.

Dr E. Jennifer Esses, OB/GYN, has been in private practice in Okaloosa/Walton Counties since 2001. She has delivered well over 3,000 babies in her career. Prior to private practice, she served active duty in the U.S. Air Force stationed at Eglin AFB as the Eglin OB/GYN Flight Commander. She is currently affiliated with Sacred Heart Hospital on the Emerald Coast and delivers at ‘The Family Birth Place.’ She loves to run and meditate on God’s word. Dr. Esses says her faith keeps her running and she keeps running because of her faith. You can read her blog, “Running on Faith,” at http://runningonfaith-beachstork.blogspot.com.

The post When Disaster Passes Over: Hurricane Michael appeared first on South Walton Life | 30A News, Events and Community Information.

Be the first to comment on "When Disaster Passes Over: Hurricane Michael"