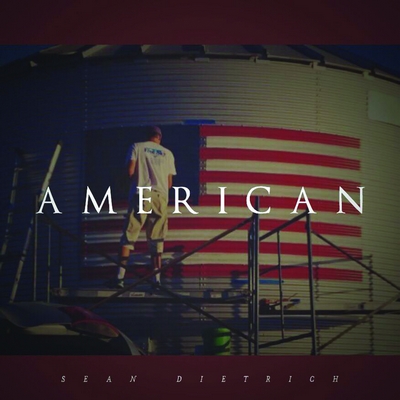 I’m looking at an old man standing by a casket. He is tall—so tall, in fact, he leans forward at the neck. He wears a side cap, trimmed in gold. He uses a cane. The preacher says words over the mahogany box—which has an American flag draped over it. My friend’s uncle died of congestive heart failure. My friend insisted that this funeral would be one worth writing about. He even loaned me a black sport coat. I won’t lie, I didn’t want to come. The deceased is of no relation, I’m among grieving people I don’t know. I feel like an imposter.

The old man standing nearby is the picture of a world that came before me. He is old Buicks, Chevy Impalas. He’s river-cane fishing poles, high-waisted trousers, the Ed Sullivan Show, and holding doors open for girls just because they’re female. And he’s standing with a kind of antique pride. You see it in the stiffness of his neck.

After the scripture reading, the real service begins. Seven uniforms form a line. They hold rifles. Three shots in unison. The rounds scare local birds for miles. The man with the trumpet wets his lips. I met the trumpet player earlier. He is mid-thirties, born in Little Rock. He joined when he was nineteen. He’s never lived anywhere for more than a few years. I asked where he calls home. “Wherever they send me,” he said. He blows the horn and makes “Taps” come out the other end. We who listen are powerless against it. The dam breaks. There is a choir of sniffles. My friend’s mother loses it. The old man doesn’t move. He is showing full salute. His hand touches his brow. There is something rolling down his cheek. Men in white gloves fold the flag into a triangle.

And it is done. People disperse, they hike toward cars. Kids loosen neckties. I see the old man, hobbling across a sea of headstones. I remove my sport coat and give it back to my friend.

I see the old fella crawl into a green Mercury. He drives slow toward the gates of the cemetery. The vehicle rolls away. He has a bumper sticker of Old Glory on his car. And a 101st Airborne Division sticker.

I wish I would’ve said something to him. In fact, that’s why I’ve written this. It’s longer than I usually write because I have more to say. Thank you.

That’s what I want to say. Thanks for giving up your youth to jump out of airplanes. Thanks for loving a uniform so much, you keep it in your closet for the day of your own burial. I’d also like to thank my granddaddy, my uncles, and any veteran—breathing or not. Thank you for growing into manhood behind enemy lines. In France, Italy, Belgium, Korea, Vietnam, Iraq, or Afghanistan. Thank you for the friends you lost. Thank you for the shrapnel, the bullets, the ambushes, the IED’s, prison camps, the fear, the amputations, and the hell you survived. Thank you waving a flag from your front porch—and on your bumper. Thank you for showing me what an old man looks like when he salutes with his full heart. And if by some chance you read this, sir, I am grateful that you were at this funeral today. I understand you’d never even met the deceased.

Thank you. Publisher comment: Thank you, Sean, for reminding us all, we are surrounded by HEROES daily and might be unaware. We want to thank all the men and women who lay their lives down daily to serve our country and those who have served in the armed forces for your commitment, perseverance and dedication!