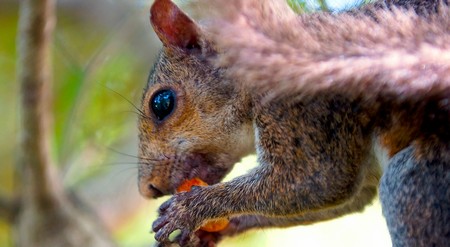 Years ago, in downtown Mobile, Alabama, the City Council debated whether or not to allow people to continue feeding the squirrels in parks such as Bienville Square. This had been a tradition for old and young alike for over a half a century. But concerns over human safety, overpopulation of squirrels, and the fact the city could never get the grass to grow in the park became an issue. The proposal before the city leaders was to fine anyone feeding the squirrels $500.00. Fortunately for the squirrels and those who adored them, the city came up with a Plan B. They decided to use signs and other means of education to inform the public of their concerns. It was a compromise that stopped many people and the squirrels from “going nuts.”

Plan B is a compromise that we are all faced with at one time or another.  With the recent shake up of the U.S. economy, many people find themselves having to go to a Plan B just to survive. Even though a person’s formal education and their passion may be in a specific field, market changes can force one to choose a different occupation. It may just be for a season, and then again, it may be a change that leads you to your greatest achievements.

Of course, there are some things we should never compromise such as our faith and our family. For some priorities in life there should be no Plan B. According to historians, Hernan Cortez, on his way to conquer the Aztec Empire in the year 1519, landed his ships in Veracruz, Mexico. Concerned that many of his men wanted to return to the safety and security of their home instead of risk possible failure, he ordered the destruction of the ships, making it impossible to go back. This is where the expression “burn the ships” comes from. It means to get rid of any Plan B. For those of us who have come from a past full of vices, additions, and a long list of failures, we should never consider going back. We have to “burn the ships” that may lead us back to a life of destruction.

Everyone should plan their work and then work their plan. But plans don’t always work out. I ministered with a pastor years ago who had to make a major change in the middle of a building program. I’ll never forget his words to the congregation. He said, “I reserve the right to know more today than I did yesterday.” We all learn as we journey through life’s ups and downs.

While in high school I had a wonderful Youth Pastor, but he did change his mind often, and he would cancel events frequently. If we had a car wash planned to raise money for missions, most of us would call in the morning just to make sure it was still going to take place. Often it didn’t. Later, when I became the Youth Leader, I decided whether it was raining or not, we were still going to have the car wash. But one morning there was such an enormous storm with severe lightning that I had no choice but to cancel the car wash. Knowing we had not met our pledge for the missions fund, we came up with a Plan B. The next morning, as members drove into the church parking lot, there was a large container with the words “Give to Missions” and a series of signs which read: “If God washed your car with the heavy rain yesterday, be sure to pay up today.” We met our goal.

None of us should spend the rest of life worrying about what could have been. There’s no need in crying over spilled milk. Times are tough. We all have to be willing to adapt. The quicker we move to our next phase in life, the quicker the sting of the last phase dissipates. Who knows, soon we may all find ourselves blessed with an overflow of abundance far beyond what we’ve ever had. When that happens, remember to share with others, and be sure to save a little something for the squirrels.

The post Plan B appeared first on South Walton Life | 30A News, Events and Community Information.