Bonnie Loman describes herself as a self-taught artist and that life is not about finding yourself, but creating yourself, and she is indeed creative. 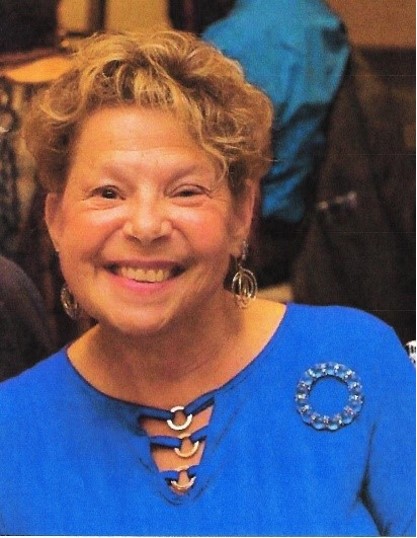 Bonnie loves vibrant and lively colors and incorporates them in her art. Her mixed media compositions combine the theme of the beautiful area of South Walton, and then she often adds a personal touch with her Mom’s jewelry collection. Each piece is unique.

Bonita Doerfler Loman (Bonnie) was born and grew up in a suburb of Pittsburgh, in the small borough of Blawnox.  Her first exposure to art was from her Babka (Grandmother in Polish) who was involved in all aspects of crafting.  During Bonnie’s school years she was in her element in any art room. At a young age she entered several art competitions and received an honorable mention for her elephant spoon sculpture.  She also attended Tole painting classes in her early years that aided in her painting abilities. 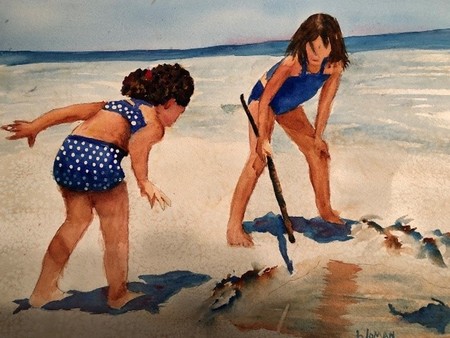 Her work for the Veterans Canteen Service took her away from Pittsburgh.  During her career, she took several local art classes, but her job took priority over her desire to be a successful artist.

After 37 years and retirement, Bonnie and her husband John moved to South Walton and found a home in February 2011.  They got settled and Bonnie unpacked her craft supplies and found her niche in life.  She works in mixed media, oils, watercolors and some acrylics . One of Bonnie’s oil paintings “Poppy Quintet” was shown in the Top of the Class Competition in 2014. Since she moved to the area she has taken two of Tom Lynch’s watercolor classes, and has taken watercolor classes with Carol Dickson at the CAA. She has also taken oil painting classes with Dorothy Starbuck, and acrylic painting classes with Betty Pinkston.

Bonnie is finally where she wants to be, living at the most beautiful beaches in the world, creating art and hoping to be discovered.