Very little is written of the man who gave his name to our county. In the case of the Walton family, fame seems to have skipped a generation. George Walton, Jr. was born about 1789 in Augusta, Georgia, the only son of The George Walton – wounded Revolutionary War colonel, twice a member of the Continental Congress, twice Governor of Georgia, United States senator, Chief Justice of Georgia, and signer of the Declaration of Independence.  If that weren’t enough of a hard act to follow, George, Jr.’s only daughter, Octavia, became even more famous than her grandfather. More on her in a moment. 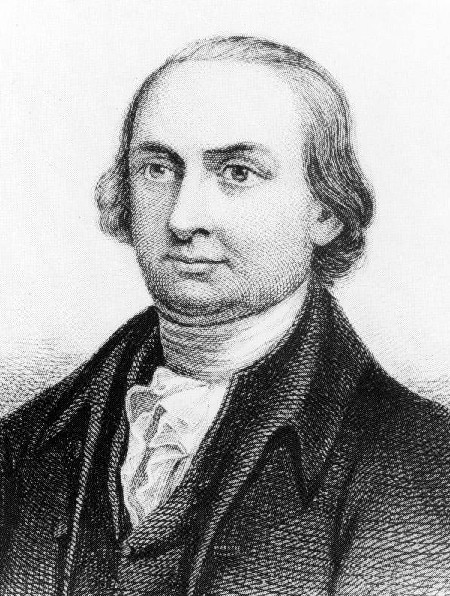 The younger George was educated at Princeton University and afterwards returned to Georgia to practice law. In 1812 he began the first of several terms as a representative in the Georgia General Assembly. His wife, Sally Minge Walker, was from a socially prominent Georgia family. They had two children together, Octavia Celestia Valentine, born in 1810, and Robert Watkins, born the following year.

Details of his life over the following decade are obscure, but it is said that he became a prominent lawyer in Augusta. He must have served in some military capacity during the War of 1812, because letters to him after this period are addressed to “Colonel Walton.” His reputation made its way to the ear of Secretary of State John Quincy Adams, who appointed him as secretary of the newly acquired Territory of West Florida in 1821.

Pensacola in the early summer of that year was not a welcoming place. “All the houses look in ruins, old as time,” reported Rachel Jackson, wife of the newly arrived military governor, Andrew Jackson. “Many squares of the town appear grown over with the thickest shrubs…. All look neglected.” It was to this place that Walton brought his family to begin serving as Jackson’s right-hand man.

Andrew Jackson was not an easy man to work for. One of the first duties Jackson assigned Walton was to execute a search warrant to retrieve official documents held by the outgoing Spanish governor, Don Jose Maria Callava, in defiance of Jackson’s orders to produce them. Jackson was said to have been livid at Callava’s recalcitrance. A Spanish officer present when Callava refused to produce the goods said that Jackson was “possessed of the furies…his mouth foaming.” Walton and four other men were ordered to search Callava’s house for the papers. Later that day, August 23, 1821, Walton reported that he and the rest of his posse had “proceeded to the dwelling of Colonel Callava, and, having opened a box containing papers, found the documents…and, after taking them out, again closed the said box, placing a seal upon the same. We now deliver into your Excellency’s possession the papers and documents above enumerated.”

With this and other demonstrations of loyalty to Jackson, Walton had assured his future, at least for the time being. Only eighty days after raising the American flag over Government House, Andrew Jackson left Florida for the last time in December 1821. He was looking forward to retiring from public life for good. The territory of West Florida was entrusted to 32-year-old George Walton, now its acting governor.

Walton would serve in that capacity until William Pope Duval arrived the following year. East and West Florida were combined into one territory under Duval, and Walton resumed his title as territorial secretary once Duval established himself as Florida’s first civilian governor. He continued in that post until his resignation in 1826, often serving stretches of time as acting governor when Duval was away.

In 1835 the family abandoned Florida for the port city of Mobile, where Walton served two terms as mayor. Walton’s gifted daughter, Octavia, married Dr. Henry Strachey Le Vert, an “eminent physician and scholar” in Mobile. Known throughout the country afterwards as Madame Le Vert, Octavia regularly corresponded with the likes of statesmen Henry Clay and John C. Calhoun, and with literary figures, including Edgar Allen Poe. In the 1850s she toured Europe and was presented to Queen Victoria and Pope Pius IX. A memoir of her experiences, Souvenirs of Travel, became an international best seller.

George Walton’s life would take a more tragic turn. In 1849 his promising son, Major Robert Walton, died at age 38. In the same year he separated from his wife and moved alone to Petersburg, Virginia. He died there in 1863 and is buried in an unmarked grave.

The post Faces of Walton In Memory of George Walton appeared first on South Walton Life | 30A News, Events and Community Information.