Growing up, I craved respect from others. When playing truth or dare, I usually chose dare. If dared to jump off a cliff, I didn’t ask how high the cliff was nor how deep the water was; I jumped. The motive was for others to respect the fact that I wasn’t afraid to do anything. This daredevil attitude led to me performing as an escape artist in front of hundreds. Although much recognition came from these stunts, there was still a void in my life. It is hard to understand the difference between recognition and respect. 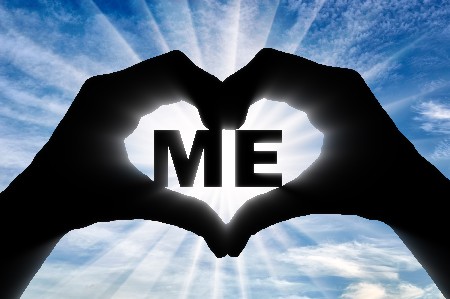 My brother Mike approached life in a totally different way. When he was just months away from becoming an Eagle Scout, Mike went on a hiking trip where he encountered a commander who wanted to make sure everyone knew who was in charge. When the commander told Mike to get on all fours, pick up a stick with his mouth, and act like a dog, Mike said no. Saying no cost him his Eagle Scout status. Our mom was crushed at the time. However, Mike had gained something more important than having a status symbol. He had gained self-respect.

A few years later, Mike went to visit the university of his choice. His friends had committed to live in a fraternity house. When Mike heard of the initiation process (some would consider it hazing) he would have to go through to join, he said no way. It wasn’t because Mike was scared or because he didn’t want to be a team player. It was because he had a different viewpoint. Mike didn’t want to throw away his dignity just to be accepted.

If I were in Mike’s shoes, I would have gladly got on all fours, acted like a dog, and picked up the stick with my mouth. I would have withstood any initiation a fraternity would have put me through. By nature, I am a people pleaser and a team player to the max. But self-respect can come from what we DO NOT do, as well as what we do. It often comes from establishing boundaries. What you say no to can be just as important as what you say yes to.

So, where do we find self-respect? Hint: look at the first four letters. It doesn’t come from my bank account, my family, or my peers. It doesn’t come from my looks, my pedigree or the car I drive. It comes from within. Taking days off, going on vacation, and learning to relax are often pathways to discovering self-respect. We all discover self-respect in different ways. But discover it we must. Reserve some time without concern of what your boss thinks, what your friends think, or what your family thinks. Turn on the “Do Not Disturb” notification on your text as well as an “Out of Office Reply” for all emails. If others misread your search for self-respect as selfishness, that’s their issue, not yours.

The Golden Rule in life is to love others as you love yourself. We must love ourselves first. Discovering self-respect is one of the most unselfish things you can do. Making yourself better makes everyone around you better. Once we have discovered a healthy self-respect, showing respect to others becomes much easier.