For the past 12 years, the 30A Songwriters Festival has attracted thousands of die-hard live music fans from around the country to our area to hear original songwriters spanning many genres of music perform their songs. Highway 30A features 30 venues presenting over 230 songwriters and 300+ solo, band and in-the-round performances throughout the weekend of January 14 – 17. The 30A Songwriters Festival production team transforms amphitheaters, town halls, restaurants, theaters, bars and covered patios into unique music venues ranging in capacity from 75 to 750 seats indoors and 6,000 outdoors. 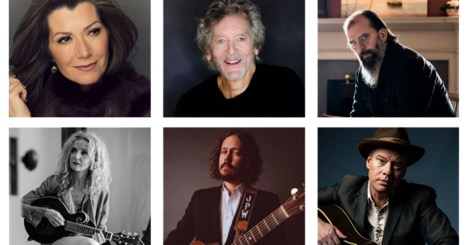 “2022 marks the 13th year of producing the 30A Songwriters Festival. It began as a small event and grew quickly into a premier one-of-a kind musical showcase for world-class songwriters.,” says Russell Carter, President of Russell Carter Artist Management and Festival Co-Producer. “From the start, the Festival has been a benefit for the local nonprofit Cultural Arts Alliance of Walton County.” Russell points out that “this year — 2022 — we celebrate a New Morning. In honor of this theme, select musicians will showcase Bob Dylan’s classic album, New Morning, performing all of the songs in the original album sequence.”

“Anticipation for the 2022 30A Songwriters Festival is dramatically stronger than ever after 15 months of postponed shows due to the pandemic,” says Cultural Arts Alliance Executive Director and Festival Co-Producer Jennifer Steele. “The Cultural Arts Alliance has been instrumental in establishing a rich and rewarding culture of creativity that enhances our community’s quality of life, and we are eager to re-engage in person with our wonderful music enthusiasts, both fans and performers from all over the country, in support of the Arts.”

The post Begin the New Year with the 2022 30A Songwriters Festival! appeared first on South Walton Life | 30A News, Events and Community Information.

Be the first to comment on "Begin the New Year with the 2022 30A Songwriters Festival!"