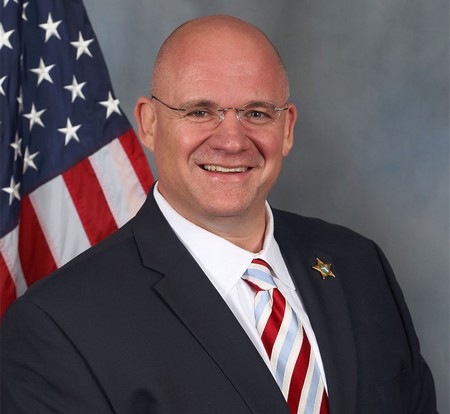 Miachel Adkinson has officially endorsed Shane Abbott in his campaign for the Florida House of Representatives. “Shane Abbott understands the importance of law and order, and I trust him to work hand in hand with law enforcement to ensure our Northwest Florida communities remain a safe place to call home.” said Adkinson. “He has my full support in his campaign for the Florida House.”

Michael Adkinson has served as the Walton County Sheriff since 2008 and has previously served as the DeFuniak Springs Chief of Police. Sheriff Adkinson has served as the President of the Florida Sheriff’s Association, represented Florida as a member of the Presidential Commission on Law Enforcement under President Trump, and was appointed by Governor DeSantis to the Criminal Justice and Standards Training Commission. Adkinson, his wife, and their two daughters reside in DeFuniak Springs where they attend the First Baptist Church of DeFuniak.

“I am so thankful to have the support of a leader like Sheriff Adkinson,” said Abbott. “He has proudly served Walton County for over ten years and our communities are better off for it. I look forward to working with the Sheriff to ensure our lawmakers always prioritize public safety.

Shane grew up in DeFuniak Springs and graduated from Pensacola Junior College and the University of Florida, where he received a Bachelor’s degree in Pharmacy.  After completing his education, Shane returned home to DeFuniak Springs, where he worked at a local independent pharmacy for seven years before he and a business partner opened their own pharmacy, The Prescription Place, in 2006 and second location in 2015. Shane and his family also own and operate the Firestone Tire Service Center in DeFuniak Springs.

Shane married his wife Holley in 1995, and they have four children: Dre-22, Tanner-21, Tinsley-18, and Nate-10. Above all, Shane views his role as husband and father as the most important.